Europlatforms celebrated in Salamanca a General Assembly in which were approbed the accounts of the year 2018 and the budget for 2019.

The assembly, attended by a majority of members, accepted the joining of APAT as the Portuguese representative in Europlatforms. Unanimously the assembly welcomed this incorporation and thanked to TVT and its chairman Mr. Leonel Cacao their effort for being active part of Europlatforms in the last years.

The assembly also agreed to celebrated a new elective assembly in the last quarter of this year, due to finish the actual mandate of the presidence. 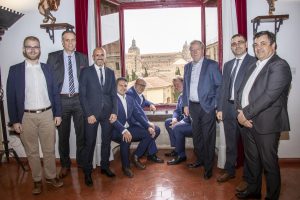