Inicio Sin categoría Europlatforms in the Ports, Intermodality and Logistics in the Rhine-Alpine Corridor Workshop

Europlatforms in the Ports, Intermodality and Logistics in the Rhine-Alpine Corridor Workshop 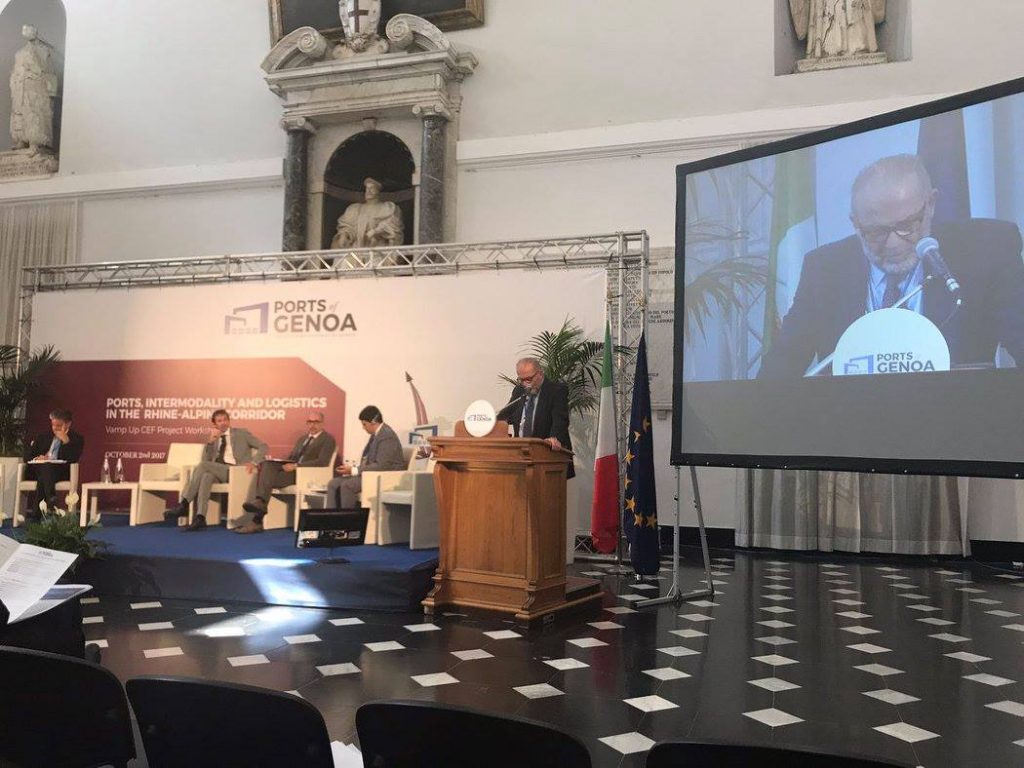 In this event, Europlatforms was represented by the vice-president Mr. Johann Marzani, that informed to the audience the initiatives and the proposals of Europlatforms related to the promotion and support of the multimodal corridors, as well as the role that freight terminals may play in a logic of integration of Ports and Freight Terminals. Italian ports in particular, and among these Genoa, require a strong integration, given the features of the ports themselves (morphological limits). Europlatforms strongly supports all actions aimed at the development of ICT networks to overcome limits and infrastructural nodes.

As proof of the need to boost infrastructures and structures, Mr Marzani highlight the serious distresses and damages due to the recent interruption of the German RASTATT railway (Rhine-Alpine Corridor) and the necessary to harmonize the realization of corridors, separating the logic of competition between the territories and the nations involved and crossed by TEN-T networks.

To finish the presentation Mr. Marzani showed that the integration and development of policies in the field of freight logistics and of intermodality should contribute to improving economic, social and environmental conditions and to finally consolidating and relaunching Europe’s role.